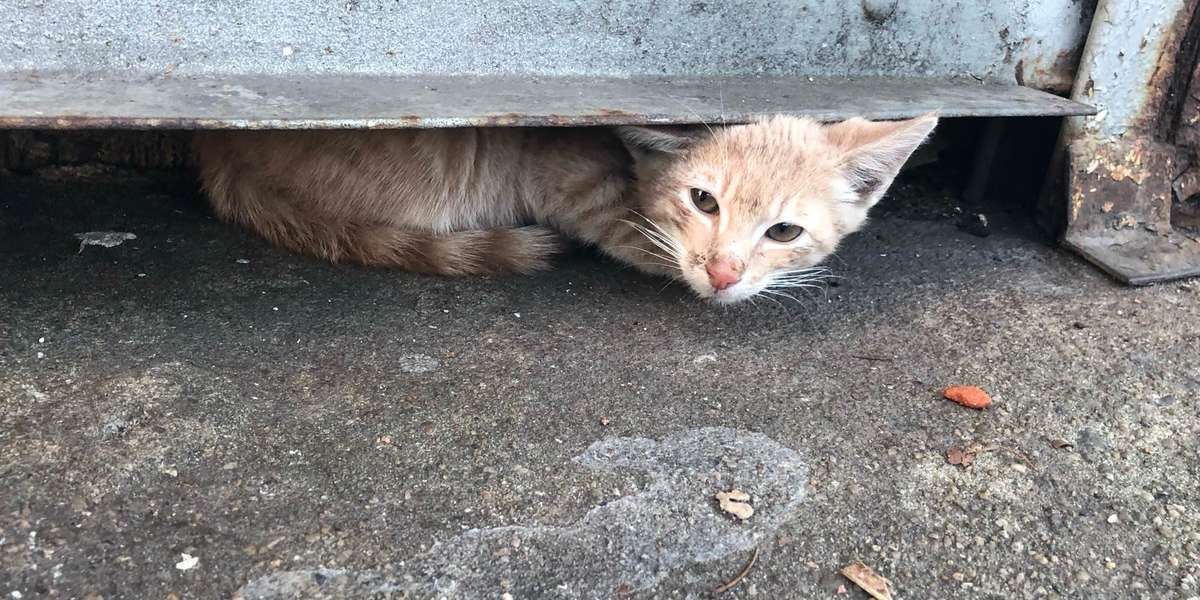 One day, when Elysia Caris was on her way home from work in New York City, she heard a faint meow. After a few moment of searching, she suddenly spotted a paw protruding from a small crevice beneath a fence. When she knelt down to have a better look, she discovered a cat trapped in the crawl area, freezing and filthy.

Caris couldn’t reach in and pull the cat, subsequently called Ying, out of the confined spot he had found himself in, so she went to a neighboring deli, bought a can of cat food, and tried to entice him out with it.

According to neighbors, Ying had been in the crawl space for weeks at that point, and seemed to have no desire to come out, even though he clearly needed help. Even with the promise of food, Ying was still too scared to venture out of his tiny space to get some.

“He poked his head out and came out just a tiny bit, but would dart back in if a car passed or if I got too close,” Caris told The Dodo. “I stayed for about an hour trying to get him out of there before I got too cold and had to go in. I didn’t want to leave him, though.”

Credit: ELYSIA CARIS
Desperate to help him, Caris pushed the can of food into the crawl space, hoping Ying would at least be able to eat and regain his strength a little bit. She then headed home, but couldn’t stop thinking about the poor cat all night, and knew she had to continue to try and help him.

“I felt like he was already my cat,” Caris said. “I just couldn’t leave him there. It makes me sad envisioning him in that cold space for as long as he had been.”

The next morning, Caris went back to the spot where Ying had been hiding — and was delighted to discover that he was still there. She came up with a new plan, and decided that this time, she would refuse to give up until he was safe and sound in her arms. 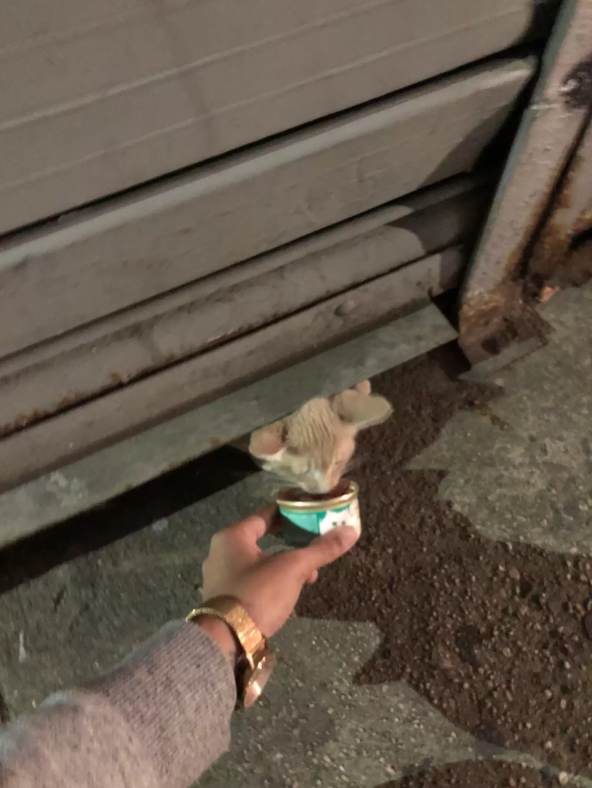 Credit: ELYSIA CARIS
To get him out of the gap, Caris stated, “I once more grabbed a can of food and this time poured some on my hands. He started eating off my hands as he drew nearer. He eventually wriggled all the way out, and I picked him up and carried him inside.

Ying meowed in protest when Caris took him inside at first because he was terrified, but soon he calmed down and started purring since he realized he was finally secure. After Ying had spent some time investigating his new home once they were inside, Caris placed him on the floor in front of the warmth. Exhausted from his ordeal and relieved to finally be warm and comfortable, he curled up in front of the heater. 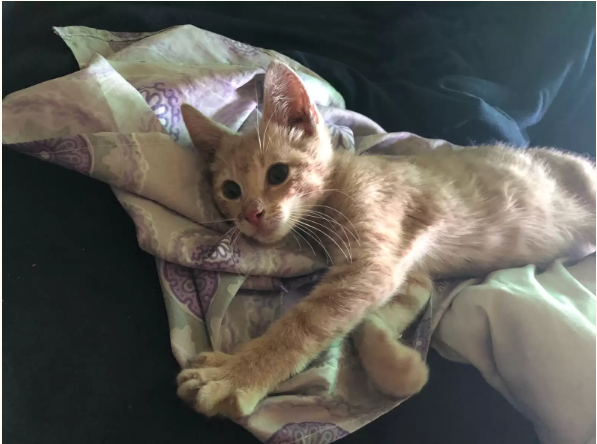 Credit: ELYSIA CARIS
Ying had spent weeks living in the crawl area, but when Caris took him to the vet, she was happy to see that he was still in in excellent condition. Other than ticks and a lot of dirt in his ears, he had no significant medical conditions. After the veterinarian had cleaned him up and given him his shots, Caris took the dog home once more, this time with the knowledge that he would be staying. 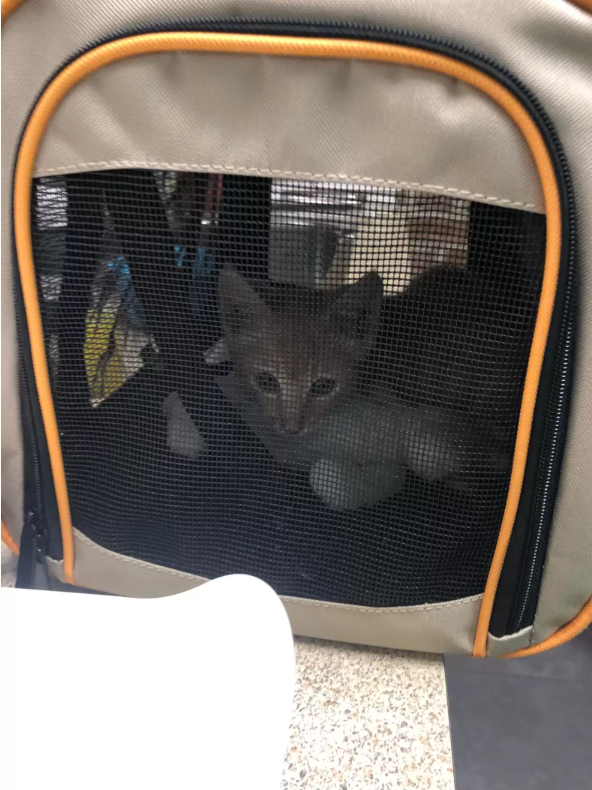 Credit: ELYSIA CARIS
Ying is now obsessed with his new mom, and Caris couldn’t be happier with her decision to adopt him. She refused to give up on him, and now the little cat has the best new home, and can’t stop showing his mom just how grateful he is. 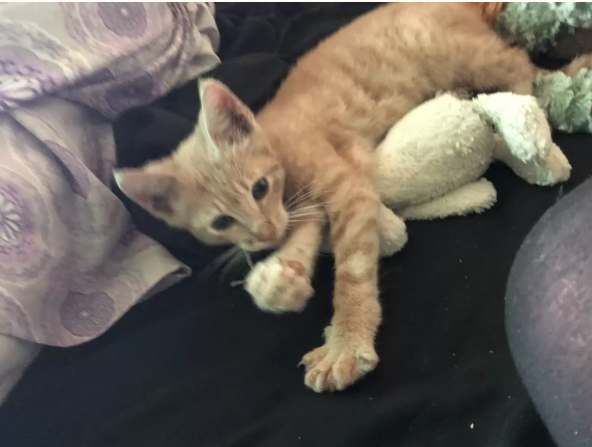 Credit: ELYSIA CARIS
“He circles around me if I’m sitting down and rubs against my legs when he wants to be picked up,” Caris said. “He’s been by my side ever since I took him in. I feel like he’s adopted me in a way!”