Woman Falls In Love With The Cat That She Saw In Internet — And Hops On Plane To Save Her! 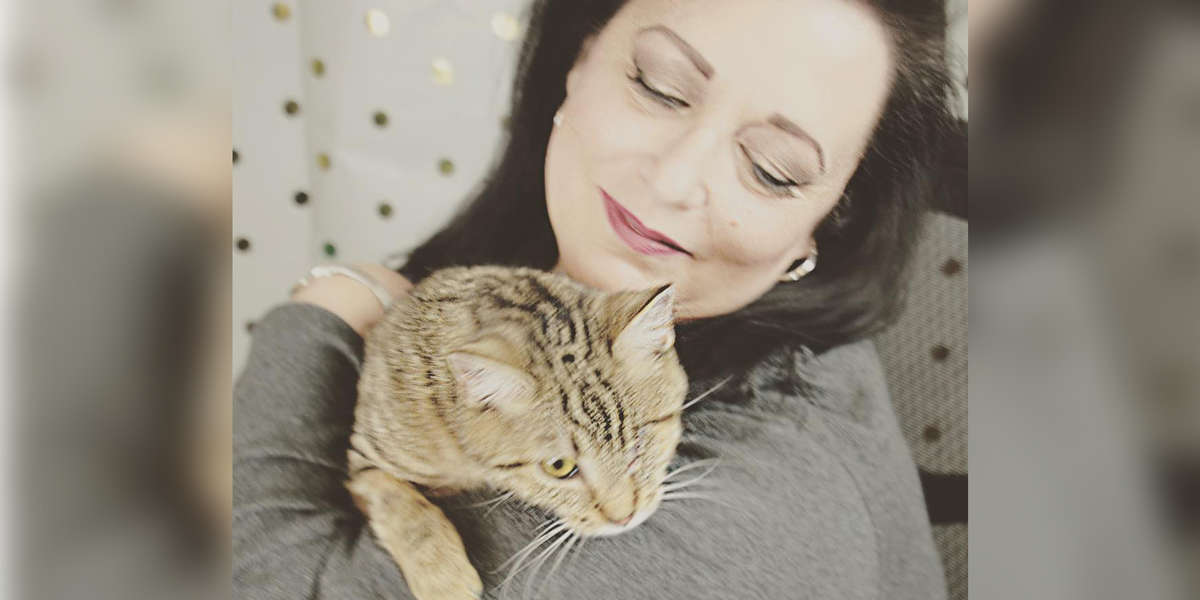 Perhaps you’ve heard the tale of Freya, a stray cat in Salt Lake City, Utah, who sought help and decided to get into a woman’s car and sit on her lap. However, you are most likely unaware of the ending.

The stray was hanging around in a school parking lot when she noticed Susannah Nevison, a doctorate student at the University of Utah, going toward her car. “When I arrived to my car, I opened the door and got in,” Nevison explained to The Dodo. “The small cat leapt straight up in my lap while I was placing my handbag in the passenger seat!” 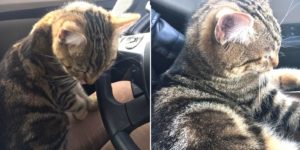 CREDIT: SUSANNAH NEVISON
Not only did Nevison observe the stray’s incredibly charming nature, but also her eye, which appeared to be bothering her.

Nevison, who contemplated adopting Freya but discovered that her allergies were too severe, took the cat to Salt Lake County Animal Services (SLCAS) for assistance with her left eye. Freya was given that name by the shelter employees. She lacked a microchip, was roughly a year old, and had surgery to have her eye removed. CREDIT: SUSANNAH NEVISON
In the meanwhile, The Dodo told her story. It was shared widely, but Freya remained at the shelter. Even an adoption event was held. Despite her virtual celebrity, Freya the one-eyed cat was overlooked. So The Dodo narrated her story once more.

Caren Kolb’s kid told her mother the story this time. And then something clicked.

Kolb told The Dodo, “My daughter tagged me in Freya’s story.” “As I read her story, something hit my heart, and I said to my husband, ‘I want to adopt this kid!’ ‘OK,’ he responded after one glance.” 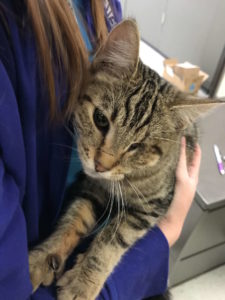 CREDIT: SUSANNAH NEVISON
The Kolbs already have two rescue cats that are siblings and are 5 years old. Caren couldn’t believe her spouse had agreed to join her. “We didn’t need any more fur kids,” Kolb explained. “I just felt this kitten needed a home right now!”

But then there was the problem of getting there. The Kolbs live in Las Vegas, Nevada, and the cat they wanted to assist was in Salt Lake City, Utah. Fortunately, Kolb works for an airline.

Kolb knew she had to act quickly since the shelter has a policy against keeping animals for certain adopters. “They were hosting an adoption event, and I assumed that someone would adopt her, but when I checked in at the end of the day, she hadn’t been adopted.” Kolb said. “So, it was on.”

Kolb hopped on board a flight to Salt Lake City after barely making it in time. When she landed, she was lucky enough to get a ride to the shelter with a friend who happens to work at the airport.

When Kolb got to the shelter, her connection with Freya was obvious.

“Everyone there worked so hard to get her processed quickly so I could get on my next trip,” Kolb explained. “We wouldn’t be able to travel back to Las Vegas until 10 p.m. if we missed it. We arrived at the gate just as they started to board. And we were upgraded to first class!”

She and her new kitten landed in Phoenix for a layover. “I was able to take her to the break room and introduce her to some of my friends,” Kolb said. “We were upgraded to first class on the next trip home. It had been a fantastic, though weary, day.”

CREDIT: SUSANNAH NEVISON
The family thought that Freya deserved a new name to commemorate the new chapter in her life, and they hoped that it would represent the fact that she is blind in one eye.

“My son first proposed a pirate name,” Kolb explained. “However, the majority of female pirates had simple names like Anne or Mary… As a result, I kept thinking of strong women, survivors.”

Because the Kolbs are “Game of Thrones” fans, they began brainstorming character names. “I thought about Sansa for Sansa Stark, but then I recalled the character Yara Greyjoy, leader of a fleet of ships from the Iron Islands, who sailed forth to rescue her abducted brother when even her father wouldn’t,” Kolb said. “We liked it.” 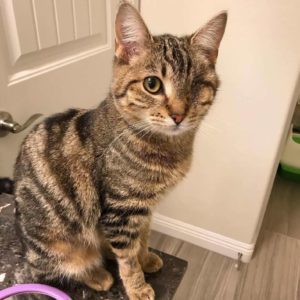 CREDIT: SUSANNAH NEVISON
And Yara’s first voyage had come to an end. Now that she’s found a forever home, the tiny ex-stranger can finally relax.

Of course, Yara needs time to explore and adjust to having a family after her existence on the streets. “We’ll take it carefully as we introduce our new fur baby to her siblings,” Kolb explained. “We’ll just give her as much time as she needs to adjust to her new surroundings.” 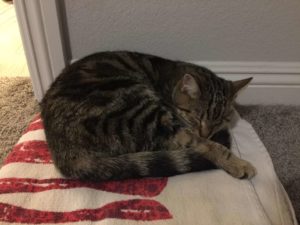 CREDIT: SUSANNAH NEVISON
Kolb continued: “We saw her in a viral video last week, and she’s now ours. It’s a little surreal.”