While Mom Is Away A Camera Captures A Cat Comforting His Worried Brother! 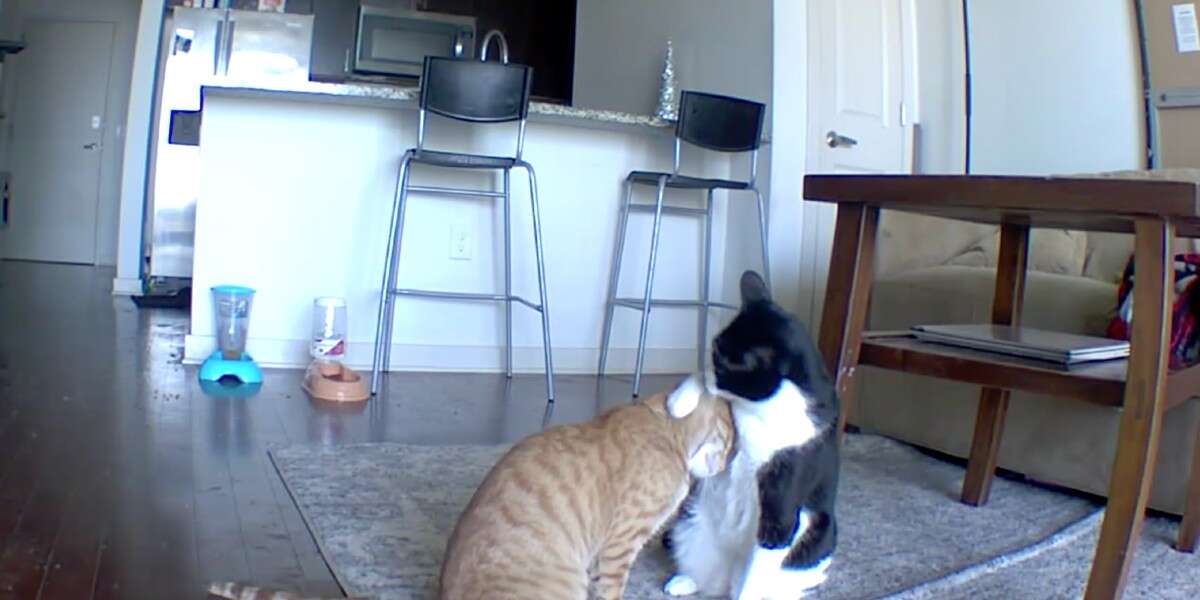 Nosey was reserved when he initially joined his family. He’s always been a solitary cat, but his mother felt he’d benefit from having a companion – and she was completely correct.

Baby came into the family about a year and a half ago, and he and Nosey have been inseparable ever since. 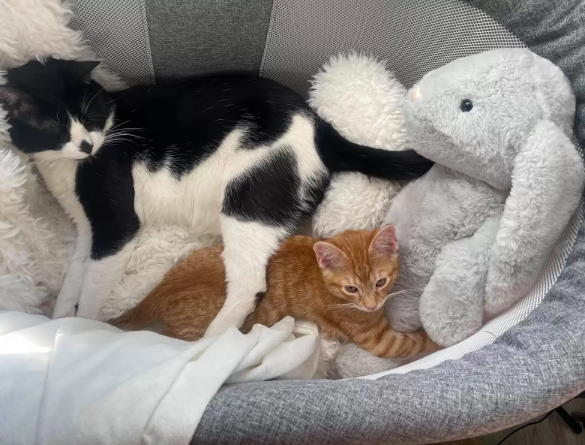 “They are legit BEST FRIENDS,” Rosa Leger, the pair’s mom, told The Dodo. “They cuddle all day and play-fight 24/7. When I first got Nosey, he was a bit aggressive and very alone. This baby has brought sunshine into his life. He loves to play now and loves to cuddle his brother. He’s super protective over him and is always bathing him.” 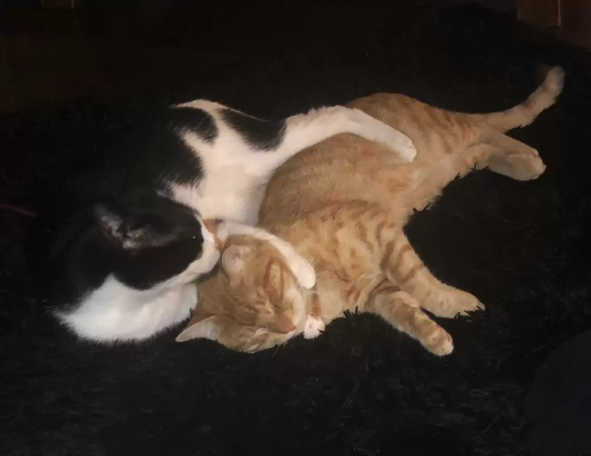 Leger just went away for a week, leaving Nosey and Baby alone for the first time for more than a few days. She had a pet sitter scheduled to see them, but they would both hide whenever she arrived. She was concerned since Baby is extremely close to his mother, and she didn’t know how he would survive without her.

Fortunately, he had Nosey. 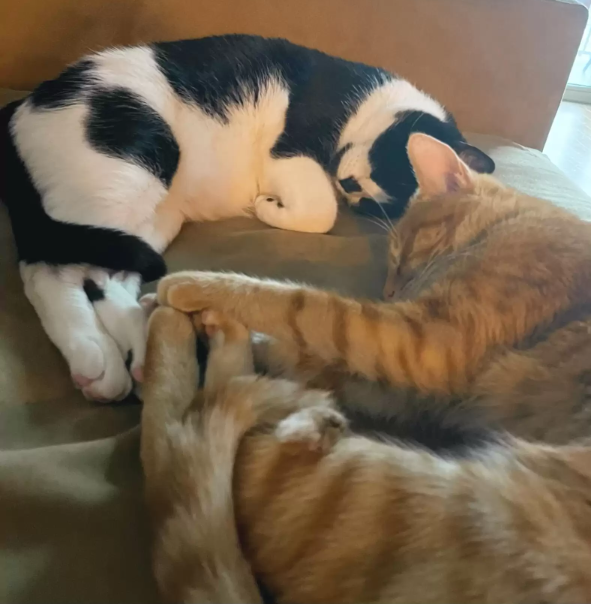 Leger watched one of the cameras one day while she was gone and saw the loveliest thing she’d ever seen. It seems like Baby was concerned about Mom’s absence. He was seated in front of Nosey when he suddenly leaned toward him, and Nosey comforted him by putting his arm over him.

The entire event was wonderful and demonstrated the brothers’ undying affection for one another.

“From the beginning, he’s consoled his sibling,” Leger said. “This event has brought them [certainly] closer together.” My younger child adores his older brother even more. I can’t think how he would have fared if he hadn’t been protected and loved by his brother. I honestly didn’t believe such love could exist among animals, but it does.”

Leger eventually returned home, and the cats were overjoyed to see her — but they knew they’d be OK without her because they have each other.