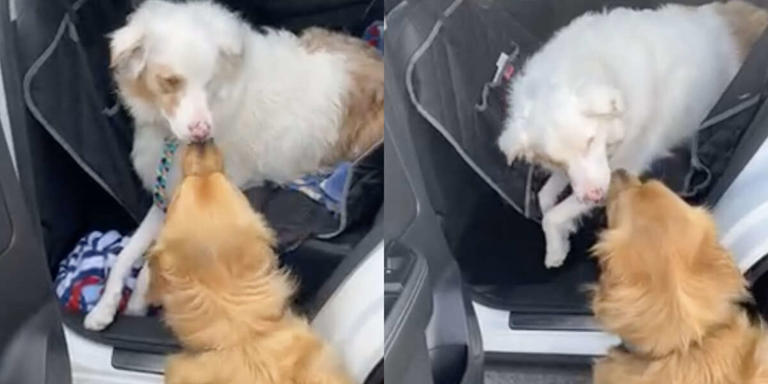 Tamale was adopted from Speak for the Unspoken dog rescue at the age of four months. He’s been blind and deaf since birth, but it doesn’t bother him nearly as much as people believe.

“He will frequently run into objects, but other than that, I see him as a fully normal dog,” Tamale’s mother, Kayleigh Otstot, told The Dodo. “When people meet him, they often comment they would never know!”

Tamale has always been a social butterfly. He adores people, infants, and other dogs, and his outgoing personality helped him find his closest buddy in the world, Jimmy. 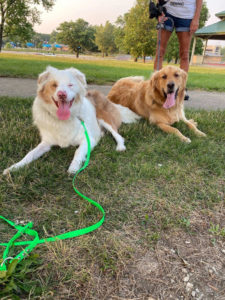 CREDIT: KAYLEIGH OTSTOT
“Jimmy and Tamale met over a year ago in the dog park,” Otstot explained. “Originally, Jimmy’s mother, Melinda, and I intended to meet at the dog park.” Then we started bringing the two on walks together, and things progressed from there. They talk at least once a week, if not more.” 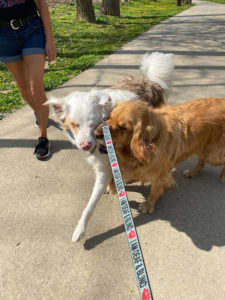 CREDIT: KAYLEIGH OTSTOT
Tamale and Jimmy have been as close as they can be since they met, and they have such a lovely, one-of-a-kind friendship. Jimmy seems to realize that Tamale is a little unusual and may want additional help from time to time, which is why they’ve devised the loveliest routine.

Tamale waits in the car whenever the two meet up to hang out, and Jimmy runs over and boops Tamale on the nose. Tamale will know Jimmy has come and it’s time to begin the adventure.

“Tamale always rushes out of the car, and the two start playing right away,” Otstot explained.

Jimmy consistently boops Tamale’s nose whenever the two meet. He knows Tamale can’t see or hear him, so he’s devised a simple method of attracting his attention. It demonstrates Jimmy’s genuine affection for his closest buddy, Tamale, and neither of them would have it any other way.