Woman Learns That Her Cat Has Been Stealing Shoes From Everyone In The Neighborhood! 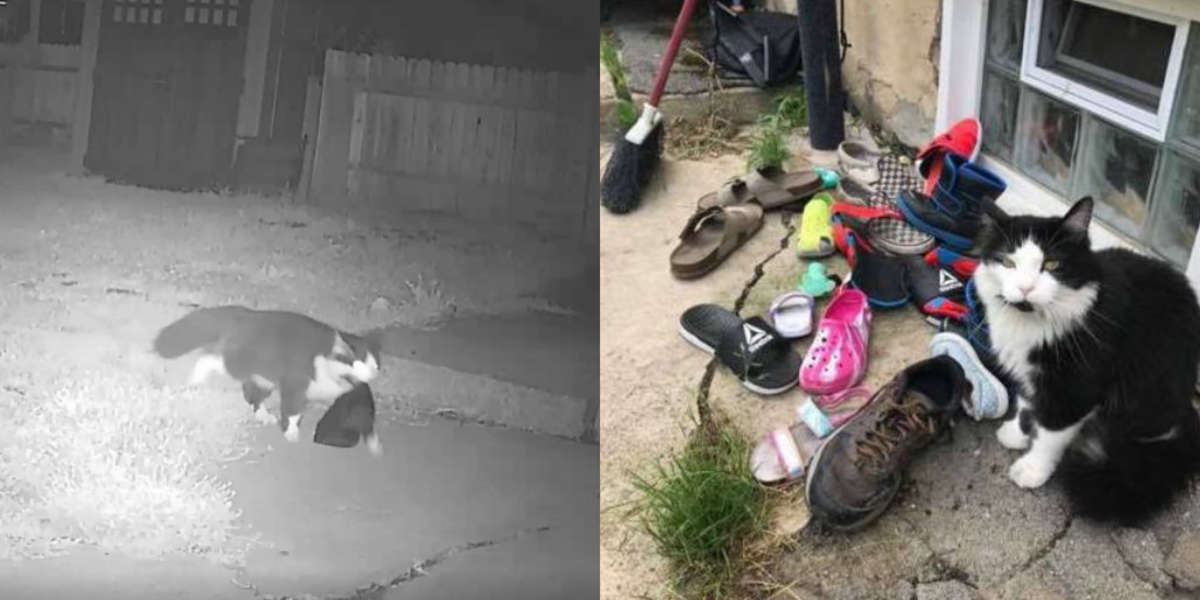 Jordan has been delivering gifts to his mother, Bj Ross, for years. The cat spends the night wandering and always returns home with gifts for his mother.

Although his mother doesn’t exactly like finding a snake crawling around her kitchen, she understands Jordan just does it because he loves her. It has become his ritual. 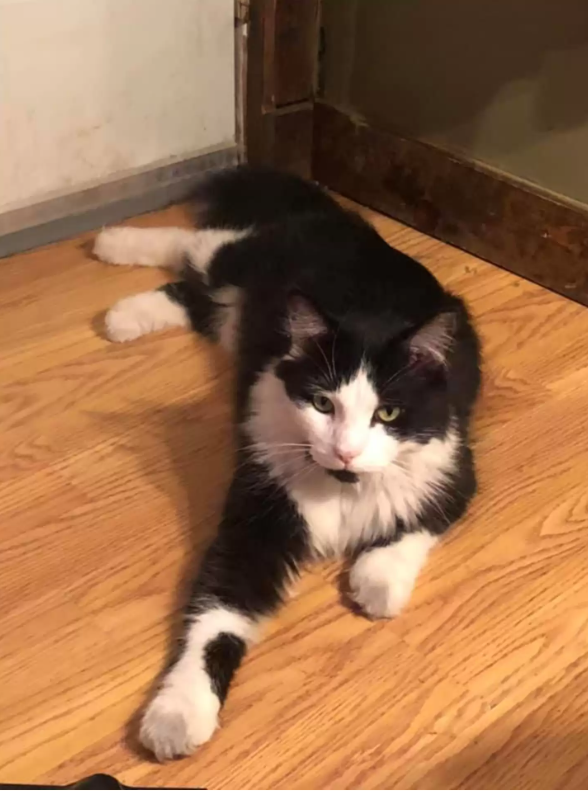 Credit: BJ ROSS
This past January, Ross noticed an odd amount of shoes had started showing up in her yard. At first she didn’t think anything of it and would throw them away — until she realized that the shoes were Jordan’s new gift offering. 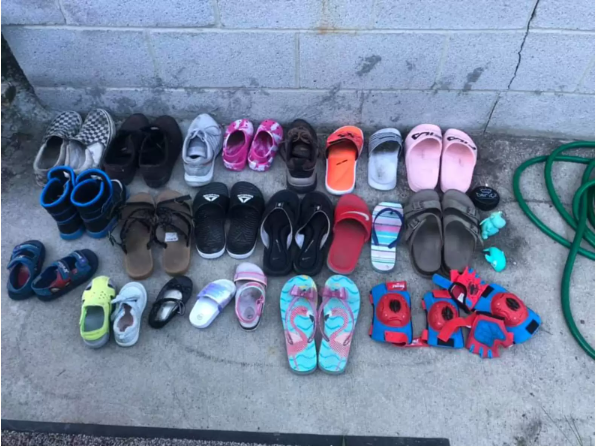 Credit: BJ ROSS
For some reason, Jordan’s newest hobby is roaming around his neighborhood in Altoona, Pennsylvania, looking for shoes that people have left outside, and stealing them to bring home to his mom. He brings home anywhere from one to three shoes a night, and even if he can only carry one at a time, he always makes sure to go back to complete the matching set eventually. 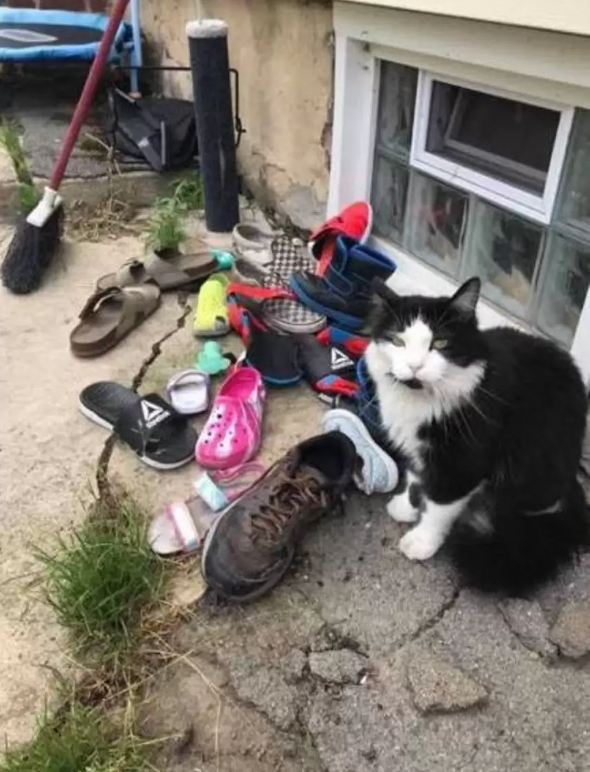 Credit: BJ ROSS
Ross got Jordan a GPS tracker and an outside camera so she could keep an eye on him since she was curious about his nightly exploits. She now has video of Jordan triumphantly coming home with his gifts.

Ross has amassed a sizable collection of items that don’t belong to her, so she started a Facebook group for Jordan in the hopes that some of her neighbors would learn of his theft and visit her to retrieve their missing property. 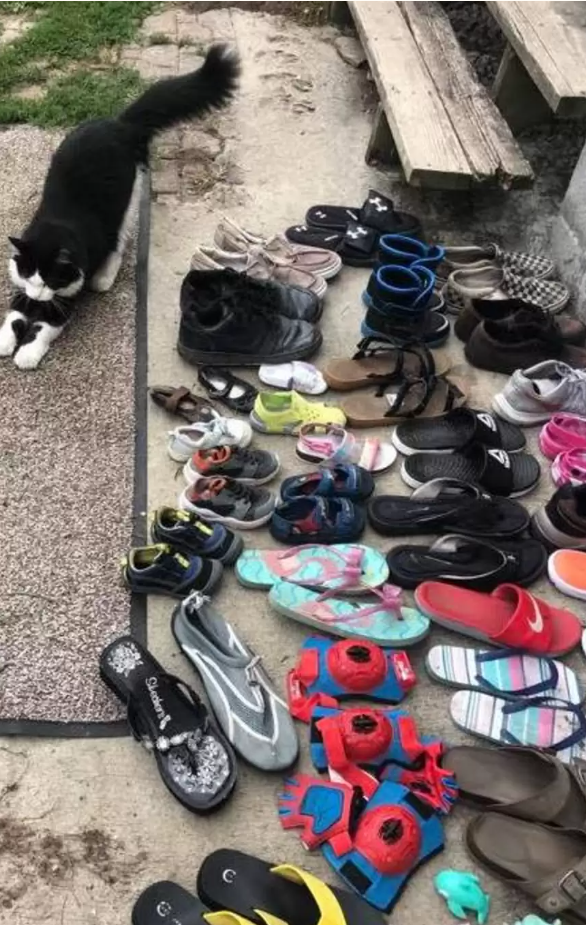 Credit: BJ ROSS
“We have found one owner so far,” Ross said. “He took about six pairs of her shoes! She couldn’t believe it was a cat. She thought her kids misplaced them.” 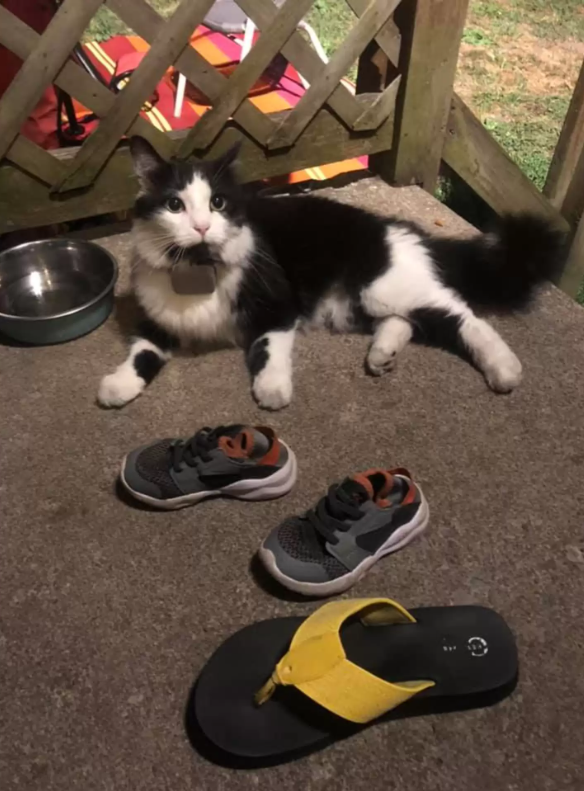 Credit: BJ ROSS
If you live in Altoona, Pennsylvania, and happen to be missing some shoes, the mystery has been solved — Jordan definitely stole them.